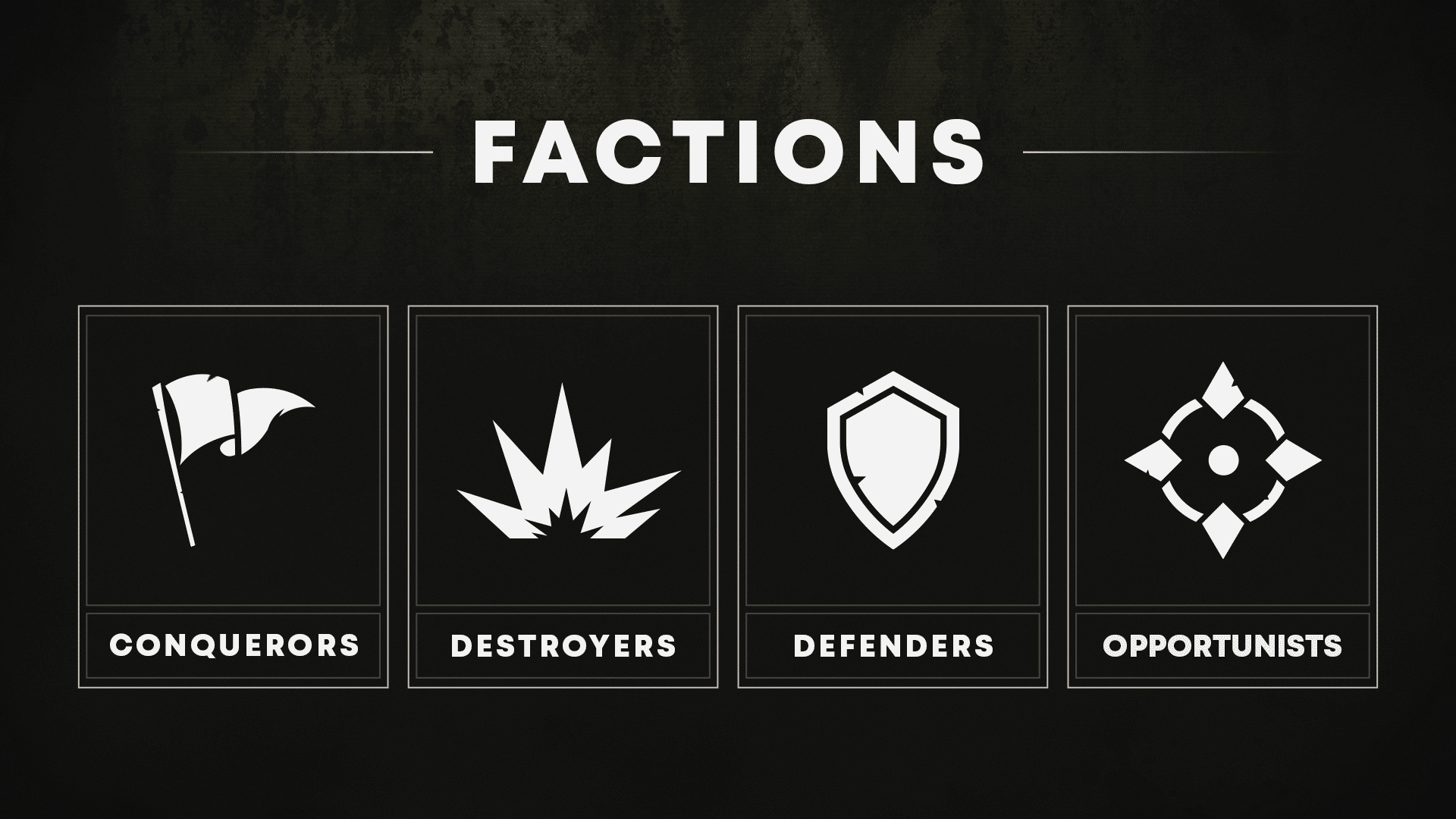 During the SoCal Open 2020 Narrative Event, players will be joining factions of their choosing, each with a unique goal. These factions do not represent in-game or in-universe factions such as <IMPERIUM> or <XENOS>, but a unique grouping of armies who share a shred of common purpose in the conflict. While a Strike Force of Ultramarines and Black Legion Warband do not share any common ideologies, they may both decide that conquering and holding ground is the best path to victory on Zephrys in order to stabilize the mysterious Blackstone pylons. With communications gone awry and the effects of the “stilling” causing mass confusion, in-fighting between fellows is commonplace.

One of the key reasons behind these unique groupings is allowing players to play amongst each other, regardless of faction. In situations where players must join factions based on their in-universe alignment, it becomes restrictive which armies might pair up or worst case, creates a very uneven field. We believe these narrative-focused factions will allow for the best play experience and most exciting storylines.

We’d like to give you a peek at these factions, their motivations, and how they might play differently from one another. Additionally, we’d like to give you some examples of armies who fit these motivations. This is not meant to be exhaustive or dictate which faction you pick – merely give some starting points for why your army is fighting here and what they seek.

Joining this faction means you have one goal, and one goal only – taking ground. You believe that conquering Zephrys by force is the path to victory and will stop at nothing in your goals. A relatively straightforward set of goals, Conquerors fit nearly every narrative. Their Faction Agendas consist mostly of gaining ground – taking over objectives that were previously held by the enemy, occupying multiple quadrants of the battlefield, etc.

If you’re a member of the Destroyer faction, your mission is to purge your enemies. From the devastation of your enemies comes victory, and those who step foot on this planet who would dare oppose you have no reason to live. This faction best fits an army with a more aggressive narrative or one trying to hide something. Their Faction Agendas include destroying enemy units, razing objectives, or killing enemy characters.

The Defenders of Zephrys believe, essentially, that everybody else has it wrong. They want to defend their turf by any means necessary and focus on defensive positioning. If your army were to join the Defenders faction, they might be best suited to gun lines or defensive play. The Faction Agendas of Defenders include goals such as holding objectives in your deployment zone, surviving battles, and utilizing cover for multiple turns.

Not all those who come to Zephrys come with clear intentions. Opportunists are those who may seek to cause chaos and discord – or have some sinister plan afoot. Alternatively, they could just be working under such secretive orders that they may turn against their own allies. The Faction Agendas for Opportunitists are diverse – they include some unique goals, as well as some shared with others such as assassination.

We hope you enjoyed this look at the event’s factions. Let us know if you have any questions on our Facebook page. We’ll be sharing more about the event in the coming weeks!